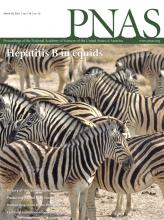 Through dominant mutations, aminoacyl-tRNA synthetases constitute the largest protein family linked to Charcot-Marie-Tooth disease (CMT). An example is CMT subtype 2N (CMT2N), caused by individual mutations spread out in AlaRS, including three in the aminoacylation domain, thereby suggesting a role for a tRNA-charging defect. However, here we found that two are aminoacylation defective but that the most widely distributed R329H is normal as a purified protein in vitro and in unfractionated patient cell samples. Remarkably, in contrast to wild-type (WT) AlaRS, all three mutant proteins gained the ability to interact with neuropilin 1 (Nrp1), the receptor previously linked to CMT pathogenesis in GlyRS. The aberrant AlaRS-Nrp1 interaction is further confirmed in patient samples carrying the R329H mutation. However, CMT2N mutations outside the aminoacylation domain do not induce the Nrp1 interaction. Detailed biochemical and biophysical investigations, including X-ray crystallography, small-angle X-ray scattering, hydrogen-deuterium exchange (HDX), switchSENSE hydrodynamic diameter determinations, and protease digestions reveal a mutation-induced structural loosening of the aminoacylation domain that correlates with the Nrp1 interaction. The b1b2 domains of Nrp1 are responsible for the interaction with R329H AlaRS. The results suggest Nrp1 is more broadly associated with CMT-associated members of the tRNA synthetase family. Moreover, we revealed a distinct structural loosening effect induced by a mutation in the editing domain and a lack of conformational impact with C-Ala domain mutations, indicating mutations in the same protein may cause neuropathy through different mechanisms. Our results show that, as with other CMT-associated tRNA synthetases, aminoacylation per se is not relevant to the pathology.