made for high-performance analysis. 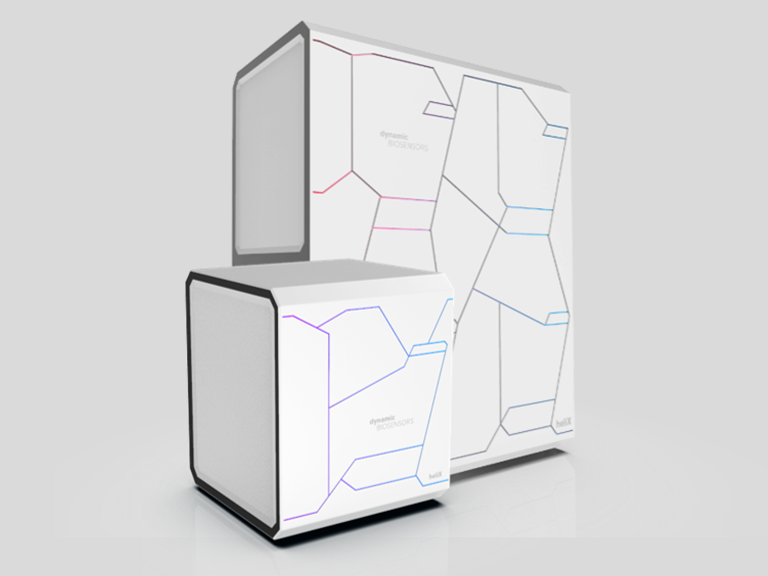 ​heliX® pushes the boundaries of what has been possible in biosensing to help you do more. 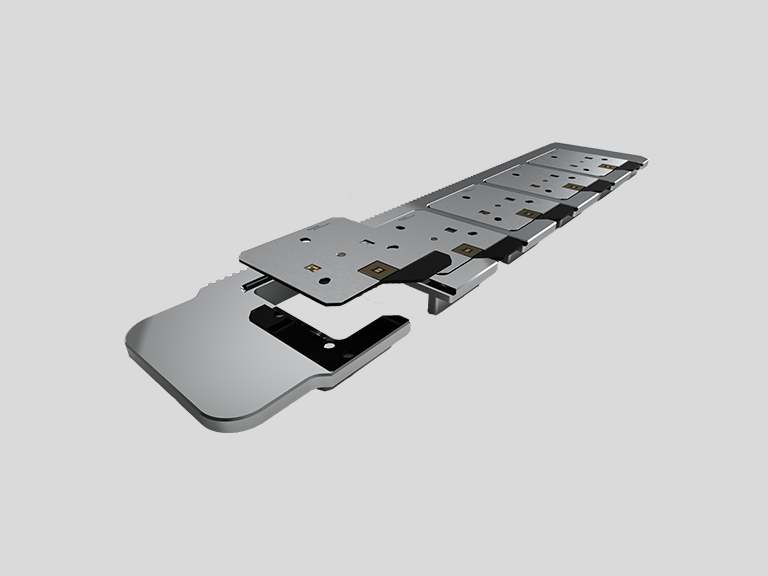 ​One chip. One workflow.
Many ways to functionalize
the surface. 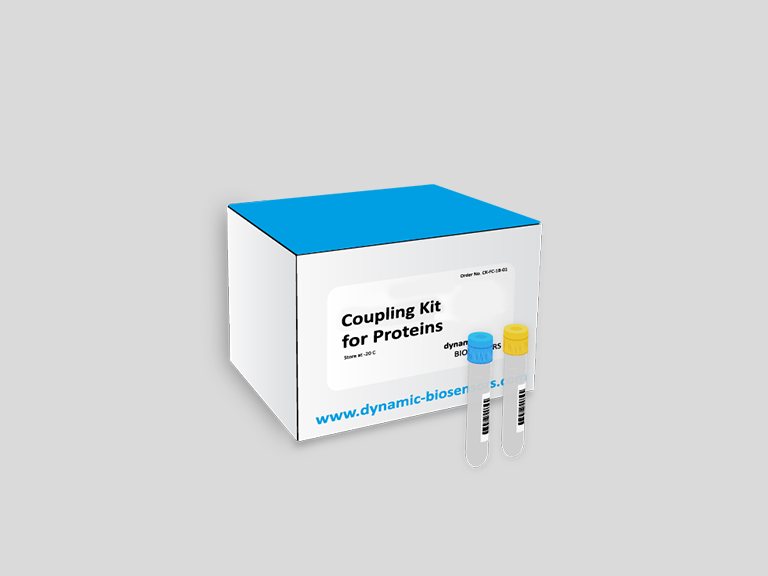 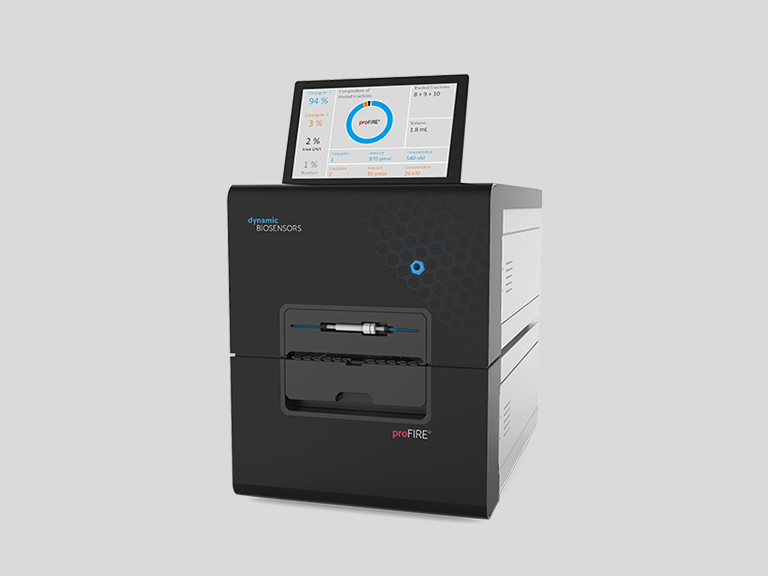 „switchSENSE® allows us to measure affinity
and kinetics of DNA-binding proteins which we are unable to analyze
with any other method.“

Browse through the latest publications.

Our collaborators at Scripps Research Institute used the switchSENSE® technology in this paper to analyze the different conformations of the wild-type and mutant versions of the alanyl-tRNA synthetase protein (AlaRS).

The switchSENSE® conformation analysis robustly detected four mutations in AlaRS leading to up to 12% size increase over the wild-type as major drivers of tRNA synthetase expansion. These results were confirmed by further independent biophysical analyses (small-angle X-ray scattering and hydrogendeuterium exchange). Interestingly, an expansion of the protein by mutations in the aminoacylation domain was shown to correlate with increased neuropilin 1 (Nrp 1) binding capabilities and disease severity of the Charcot-Marie-Tooth disease, a neurological disorder.

With this finding, the conformation analysis helped to understand the connection between AlaRS expansion and Nrp binding, thus providing more insights to potentially cure this inherited disorder.

Paper in Environmental Toxicology and Pharmacology I November 2020

Chlordecone (CLD) is a chlorinated persistent organic pollutant (POP) whose presence despite the 1993 ban in agriculture areas has caused numerous public health concerns. CLD accumulates in the liver, and the CLD metabolite, chlordecol (CLD-OH) is found in bile, an important site of excretion for cholesterol transported to the liver via lipoproteins.

Paper in Bioscience Reports I 30 October 2020

Sinorhizobium meliloti is a nitrogen-fixing bacterium forming symbiotic nodules with the legume Medicago truncatula. S. meliloti possesses two BolA-like proteins (BolA and YrbA), the function of which is unknown. In organisms where BolA proteins and monothiol glutaredoxins (Grxs) are present, they contribute to the regulation of iron homeostasis by bridging a [2Fe–2S] cluster into heterodimers. A role in the maturation of iron–sulfur (Fe–S) proteins is also attributed to both proteins. In the present study, we have performed a structure–function analysis of SmYrbA showing that it coordinates diverse divalent metal ions (Fe2+, Co2+, Ni2+, Cu2+ and Zn2+) using His32 and His67 residues, that are also used for Fe–S cluster binding in BolA–Grx heterodimers.

It also possesses the capacity to form heterodimers with the sole monothiol glutaredoxin (SmGrx2) present in this species. Using cellular approaches analyzing the metal tolerance of S. meliloti mutant strains inactivated in the yrbA and/or bolA genes, we provide evidence for a connection of YrbA with the regulation of iron homeostasis.

The mild defects in M. truncatula nodulation reported for the yrbA bolA mutant as compared with the stronger defects in nodule development previously observed for a grx2 mutant suggest functions independent of SmGrx2. These results help in clarifying the physiological role of BolA-type proteins in bacteria.