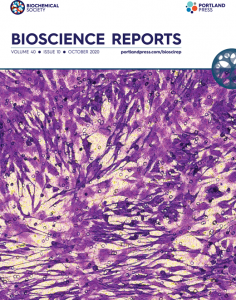 Sinorhizobium meliloti is a nitrogen-fixing bacterium forming symbiotic nodules with the legume Medicago truncatula. S. meliloti possesses two BolA-like proteins (BolA and YrbA), the function of which is unknown. In organisms where BolA proteins and monothiol glutaredoxins (Grxs) are present, they contribute to the regulation of iron homeostasis by bridging a [2Fe–2S] cluster into heterodimers. A role in the maturation of iron–sulfur (Fe–S) proteins is also attributed to both proteins. In the present study, we have performed a structure–function analysis of SmYrbA showing that it coordinates diverse divalent metal ions (Fe2+, Co2+, Ni2+, Cu2+ and Zn2+) using His32 and His67 residues, that are also used for Fe–S cluster binding in BolA–Grx heterodimers.

It also possesses the capacity to form heterodimers with the sole monothiol glutaredoxin (SmGrx2) present in this species. Using cellular approaches analyzing the metal tolerance of S. meliloti mutant strains inactivated in the yrbA and/or bolA genes, we provide evidence for a connection of YrbA with the regulation of iron homeostasis.

The mild defects in M. truncatula nodulation reported for the yrbA bolA mutant as compared with the stronger defects in nodule development previously observed for a grx2 mutant suggest functions independent of SmGrx2. These results help in clarifying the physiological role of BolA-type proteins in bacteria.